Main differences between AMF 4 and AMF 5

The main purpose behind AMF 5 is to make AMF easier to use, modular, composable, and simpler to understand.

To achieve this we made the following changes:

Let's go through the details of each new improvement:

No initialization required in AMF 5​

Not surprisingly, most of the issues reported to us from AMF 4 were caused by our static operations, which were difficult to reproduce and debug. Because of this, AMF 5 removed static initialization and static operations, replacing them with a customizable configuration object and clients objects that hold all operations available. More information in the Unified client interface section.

All AMF operations were previously dispersed across multiple classes, having to create and call multiple objects to do the most common AMF operations. The AMF 4 client interface looked something like this: 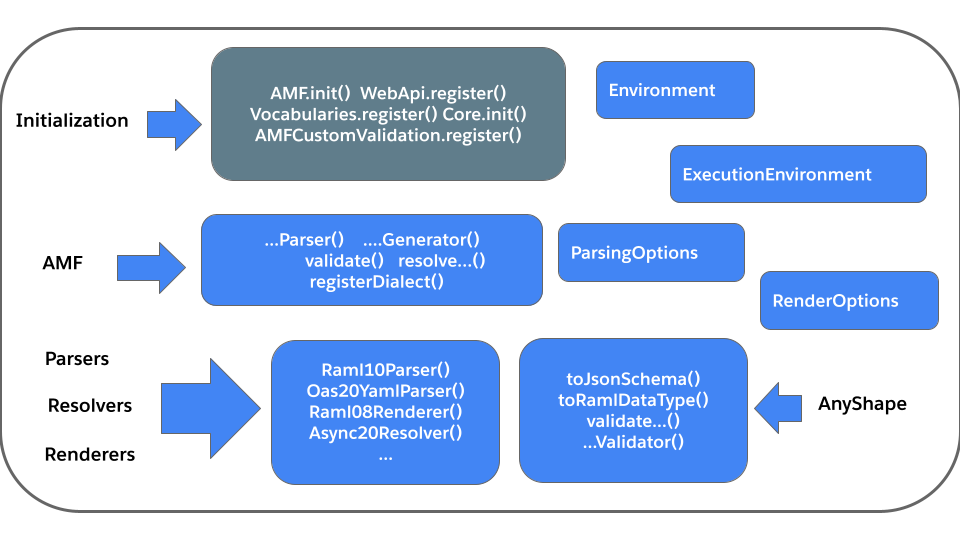 In AMF 5 initialization is not required, and operations like parse(), transform(), validate(), render() are all under the AMF Configuration and Client objects.

Furthermore, each operation provides its own feedback. Previously in AMF 4 you had to validate an API to check for parsing errors, while in AMF 5 the parsing operation returns its own results. 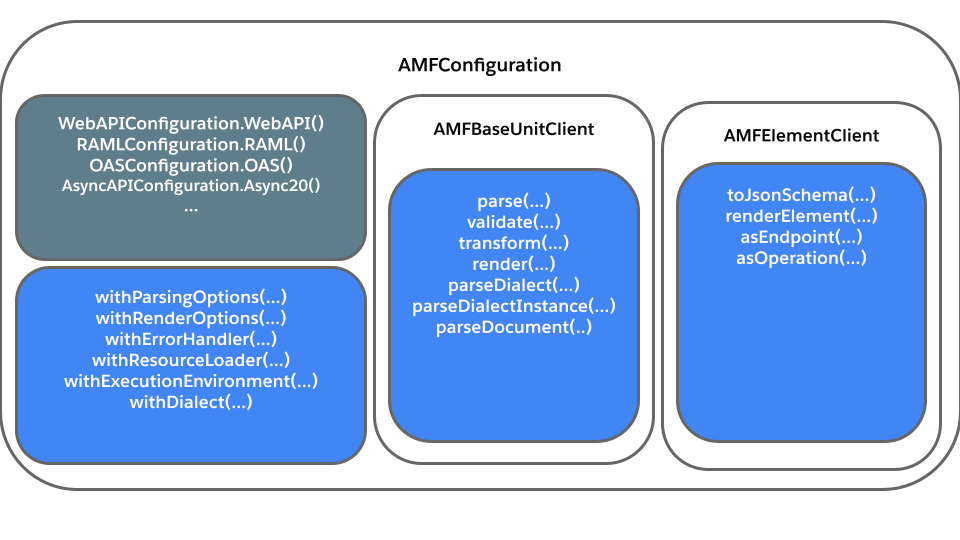 The following code snippet is a transformation of an API from RAML 1.0 to OAS 2.0 that illustrates the differences between interfaces: